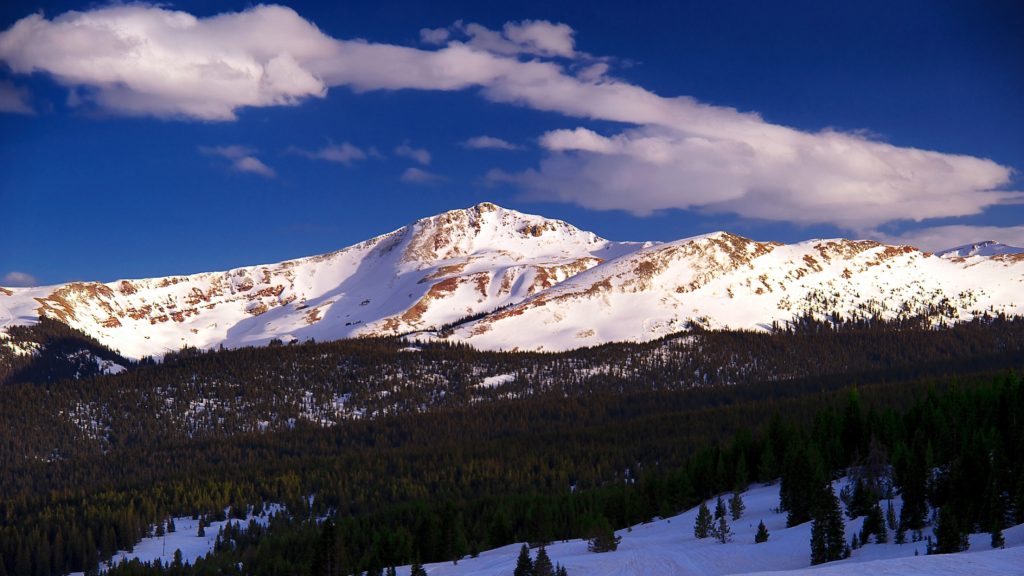 The metaphors were in alignment as NYCFC went to Colorado, almost immediately went down a goal, then spent about 75 minutes fighting an uphill battle to reach higher and attain peak goals, or something like that. In the end 3 points is 3 points no matter the altitude.

I think it is time to start thinking about playoff seeding.

A simple extrapolation says the 1st seed in the East will probably be in the 55-60 range.  I figure somebody among Philadelphia, Atlanta and NYC will go on a run and get 60 points. Maybe even the Red Bulls or DC has a super hot streak.   Sneaking a peak at the West tells us that, LAFC aside, the next best of the West (among the Galaxy, Seattle, Minnesota and San Jose), will probably be very close to that 60-point mark in one direction or another.  So if NYC can reach 60 points it probably has a very strong chance of winning the East, and should it reach the finals, will be possibly, maybe ahead of any team coming out of that conference if they’re not wearing black and gold.  So how do you get to 60 points? 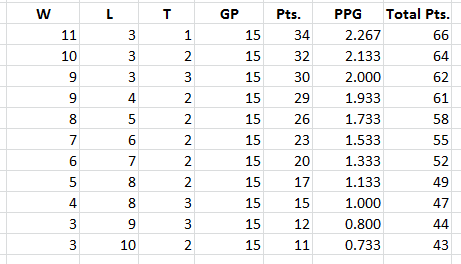 It’s not on the table specifically, but 9-5-1 does it exactly with 28 points and 1.87 PPG.  That seems very attainable given NYC’s current form, but let’s also look at the schedule, starting with 4 daunting road games:

Let’s be reasonably conservative, and figure NYC gets 4 points in those 4 difficult Away games just as a reference. Then they need 24 points in the other 11, of which 8 are at Home and 3 are Away.  So, win all 8 Home games. Or 7 Home and 1 of the Away; or 7 at Home and draw 3 of the remaining 4.  You can play around with it a lot, but if you’re interested in this sort of thing I think there are few enough games for you to start looking at the remaining schedule and think about how to build to whatever point total you’re interested in.  For me, the other games of concern are (1) New England Away. The Revs have 4 Home losses, but the most recent was in April and NYC has never done well in New England. The most concerning Home games for me are the Red Bulls, San Jose and Atlanta. None of those teams have great Away records this year, but all are tough outs. Beyond them, NYC has a habit of drawing against Toronto at Home, and has only beaten the Revs once since that First Historic Home Opener, in 5 subsequent visits.

I’m not trying to be pessimistic, but just noting that there is not much room for error if NYC is going to have home games beyond the first or second round of the playoffs. Here’s the current state of the East and how we got here: 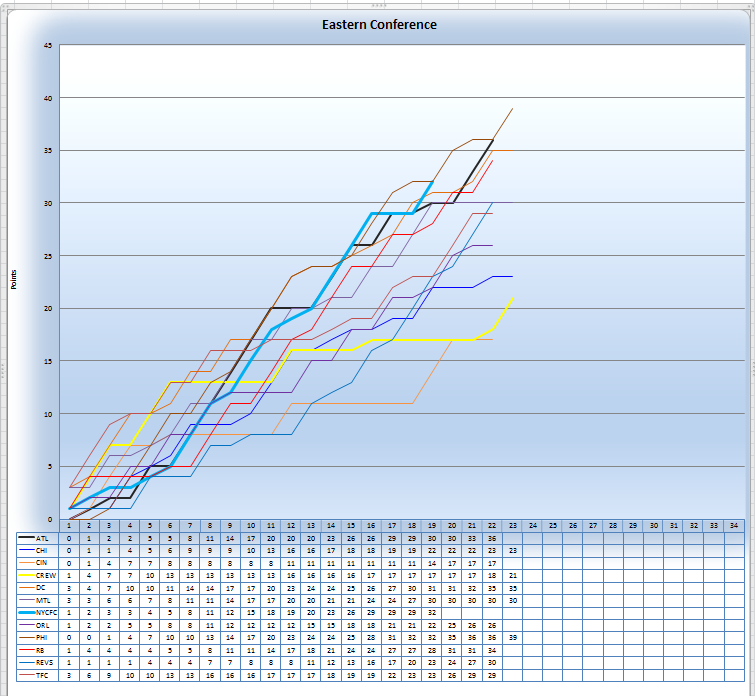 Move on up, and keep on wishing
Remember your dream, is your only scheme
So keep on pushing