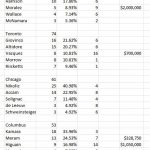 I started quantifying NYCFC offensive production beyond Villa. I know many players do important things that don’t result in goals or assists. I try not to be the guy whose answer to my team’s woes is “We need more people who score goals. All the goallzz!” But damn, NYCFC needs more people who score or create goals.

Here are the top 5 goal scorers for every East playoff team, plus Portland and Seattle. The first line is the team name and its total goals for the season. Below that the columns go Player|Goals|Pct. of Team Goals|Assists. Then I added salary info for selected individuals. I left the labels off to save space: 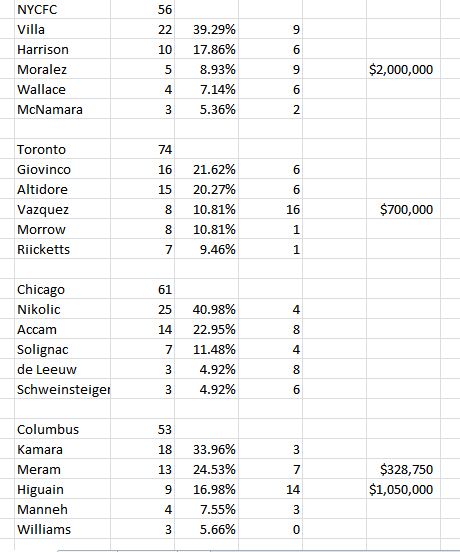 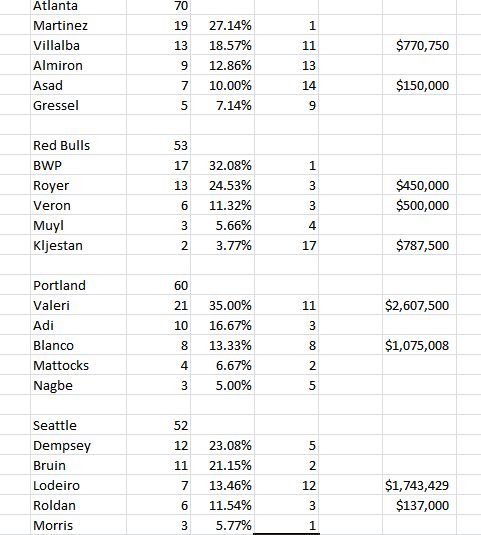 Where to begin. First some stuff not in these charts. 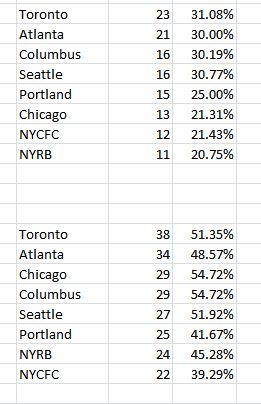 Again, I love the guys who do the work that don’t make the scoring stats, but somebody does have to score the freaking goals. And NYCFC doesn’t have those guys beyond Villa.
Let’s look at previous editions of NYCFC. This is depressing. 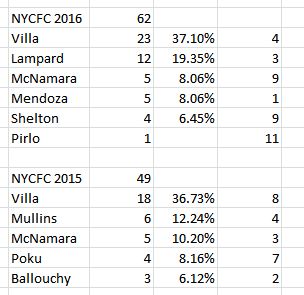 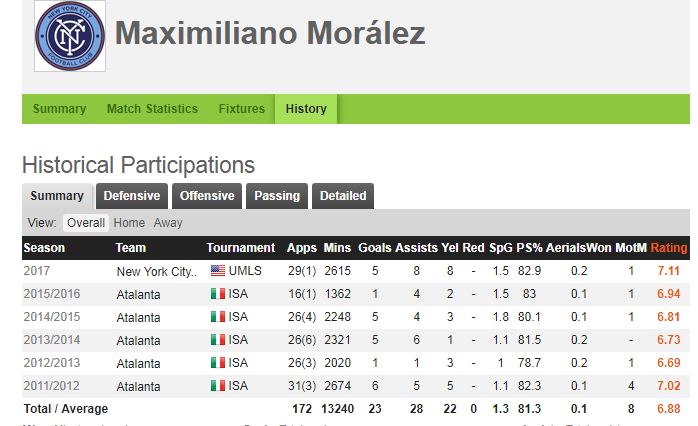 What does NYCFC do now?