I skipped the Week 15 update, even though NYCFC had a game. Apart from that it was a week of few games, followed by a week off for the entire league, then followed again by a limited schedule week in which the only active Eastern Conference teams are behind NYCFC on the table.  Squeezed in there were 2 US Open Cup Rounds, representing NYCFC’s 1st and 2nd USOC wins ever, but those don’t really play into the weekly updates, so there still is not much to say. So even now I’m going to forego the commentary and just put up the charts and graphs. 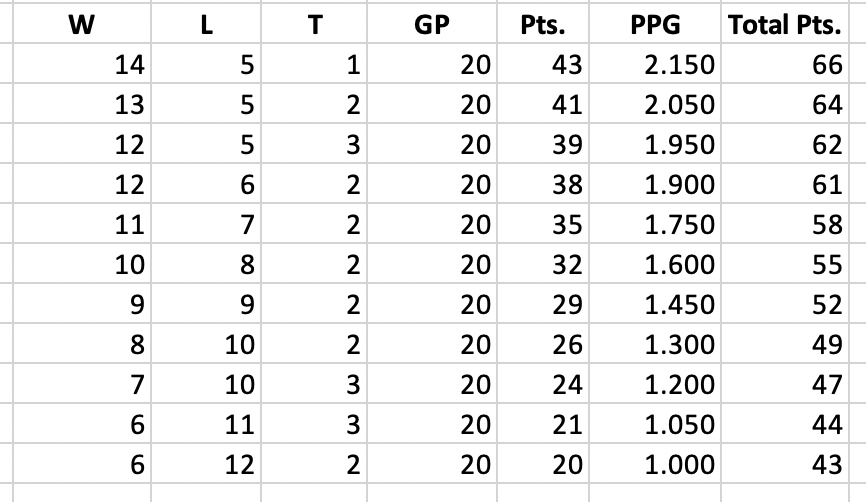 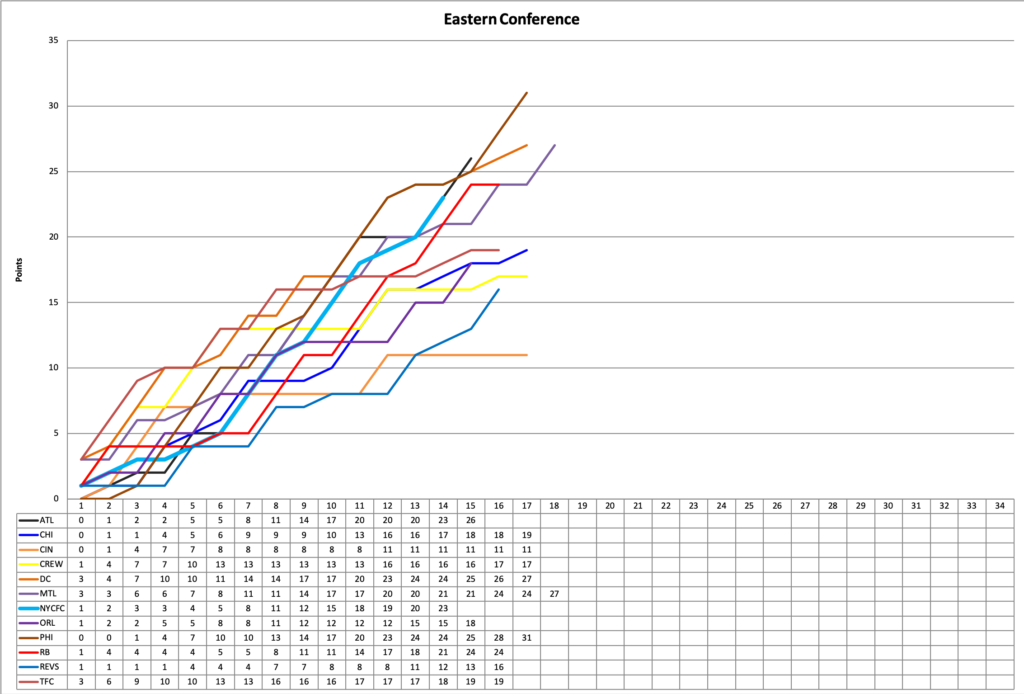