Dropping in this quick update before the games tonight change everything. On this first chart I noticed that NYC’s PPG is still ahead of Atlanta’s even though they control their destiny. This isn’t a secret. The PPG is right on the MLS Standings page. But I think many NYCFC fans lost sight of it with all the bad news. Another reminder, Atlanta only controls its own destiny if they win out, which would be 5 in a row on top of the 2-game streak they are riding. I expect they will drop points. The issue is will NYCFC drop few enough to stay ahead.

Another reminder is NYC also still has the second best PPG in the league, even with its current skid. If they can get healthy and right, this is a very good team when it plays well.
Next, here are the outcomes for all but (I think) 1 scenario: 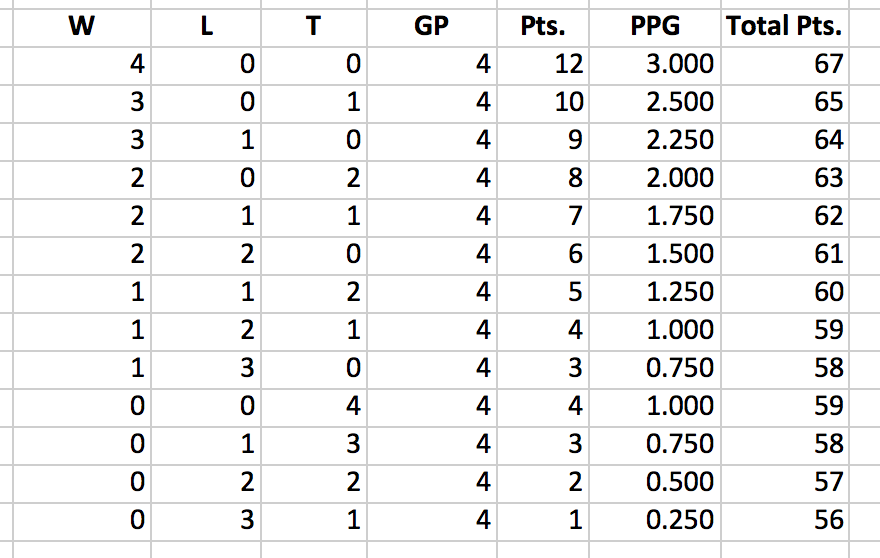 Before putting up the regular graphs, here are some Home/Away splits that I think bring some of the recent woes into starker view:

The last of those, I think, shows how the rolling PPG average has taken a hit both home and away for the last few games, and it is easier to see without the prior years all intertwined.

Finally, here are the standard charts:

This can be a successful season if the team continues to stumble in the next 4 games but does well in the playoffs, but everyone will feel better if the turnaround starts tonight.