On August 19, I wrote, “NYCFC probably needs 15+ points (OK maybe 13 or 14 if other things go well but that’s pushing it)  from these 6 games to have a shot at finishing first as it heads into the final 4 games, which include hosting Atlanta, and Away to Dallas, New England and Philadelphia.” NYCFC earned 16, and is now in a very strong position.  NYC also won the previous game in Cincinnati, for 19 points out of 21 in a seven game stretch of easy matchups. That’s good work, but there is still work to be done.
It is a reasonable goal to clinch the East before Decision Day and in doing so make the game Away to Philadelphia meaningless to NYCFC and its place in the standings.   The keystone is the game against Atlanta the middle of next week.  Beat Atlanta at home, and the remaining Magic Number is 1 for Atlanta.  Add any additional result: an Atlanta draw or loss or NYCFC win or draw and NYCFC finishes ahead of the Five Stripes. It is possible such a result could happen even before the Atlanta game.  Atlanta is away to Cincinnati Wednesday, host San Jose next weekend, NYC midweek next week, then at Montreal the following weekend, before hosting New England on Decision Day. Chances are Atlanta drops one more point, or NYC picks up one more somewhere.
The hypothetically assumed win over Atlanta would also lower the Magic Number against the Union to 5.  Before Decision Day, the Union is away to Red Bulls, San Jose and Columbus. They could very well drop 5 points in those games (going 1-1-1 would do it), which would not even require any other results from NYCFC besides Atlanta, though at this point almost no result can be a surprise.  Who could foresee Atlanta winning in Portland but falling to Columbus at home?  IF NYC can win 1 other game, either at Dallas or New England, then it would just require 1 Philly draw to clinch.
Failing to beat Atlanta requires a lot of other things to go right.
Besides Atlanta and Philadelphia, NYC plays away to Dallas next weekend and to the Revs in between AT: and PHI.  Dallas has lost only 1 home game all year and has 5 home draws. The Revs have 5 home losses, but 4 predate Arena taking over and the other was against LAFC. NYCFC can win either but these are tough road games. 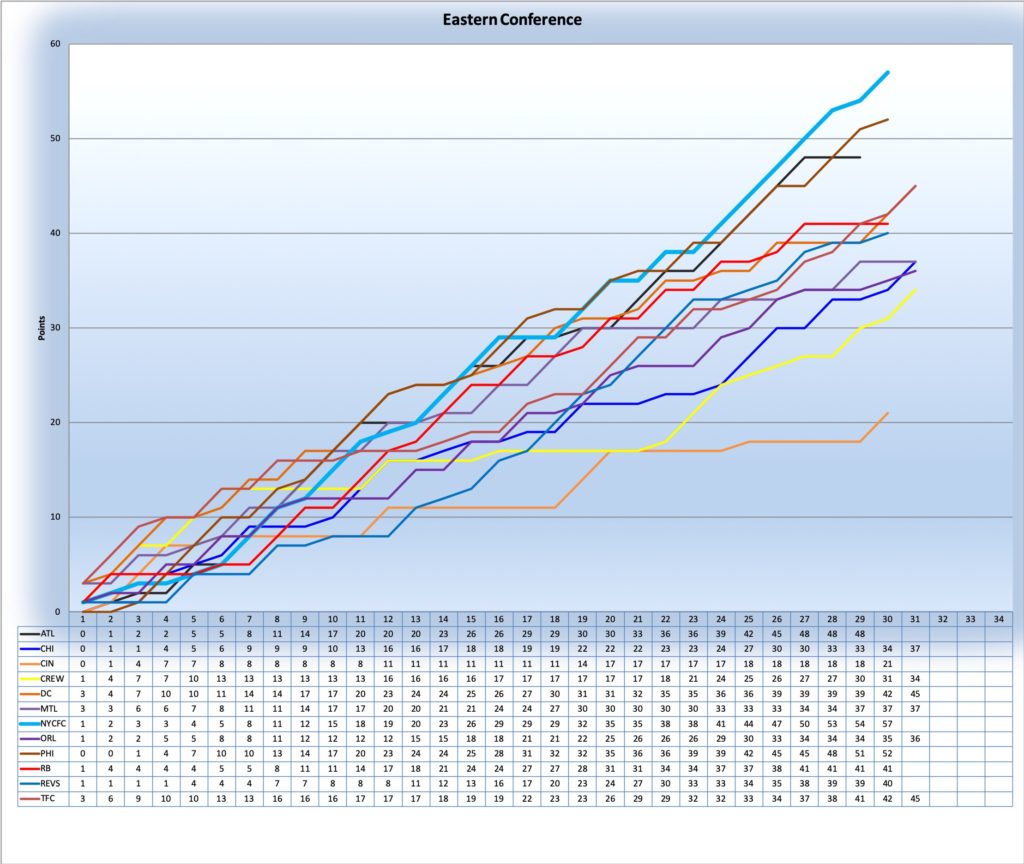 Atlanta only has 29 GP so here is the Points at 29 chart: 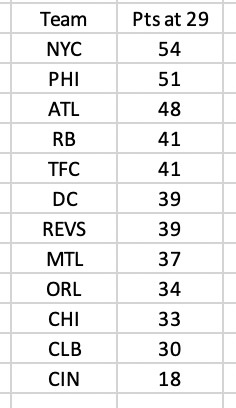 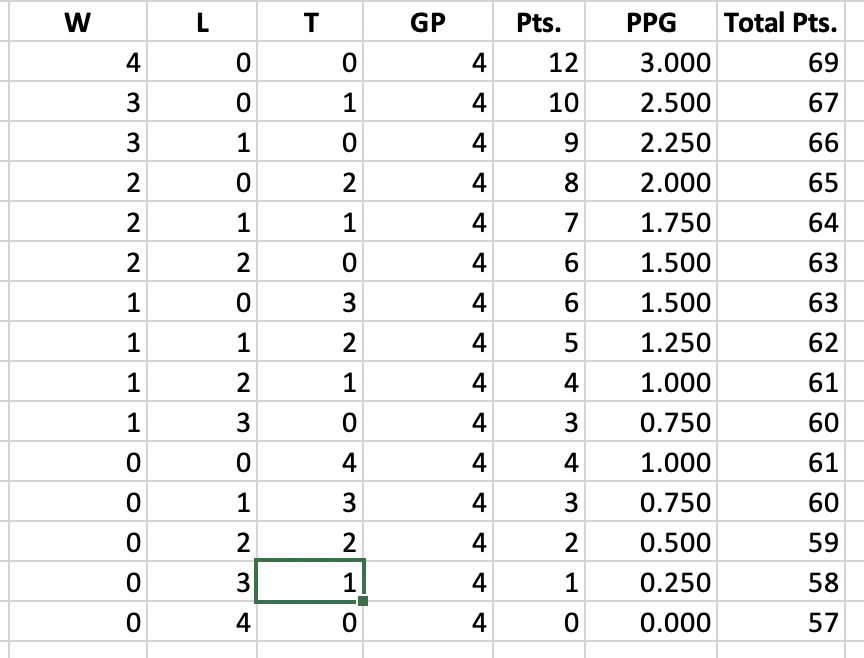