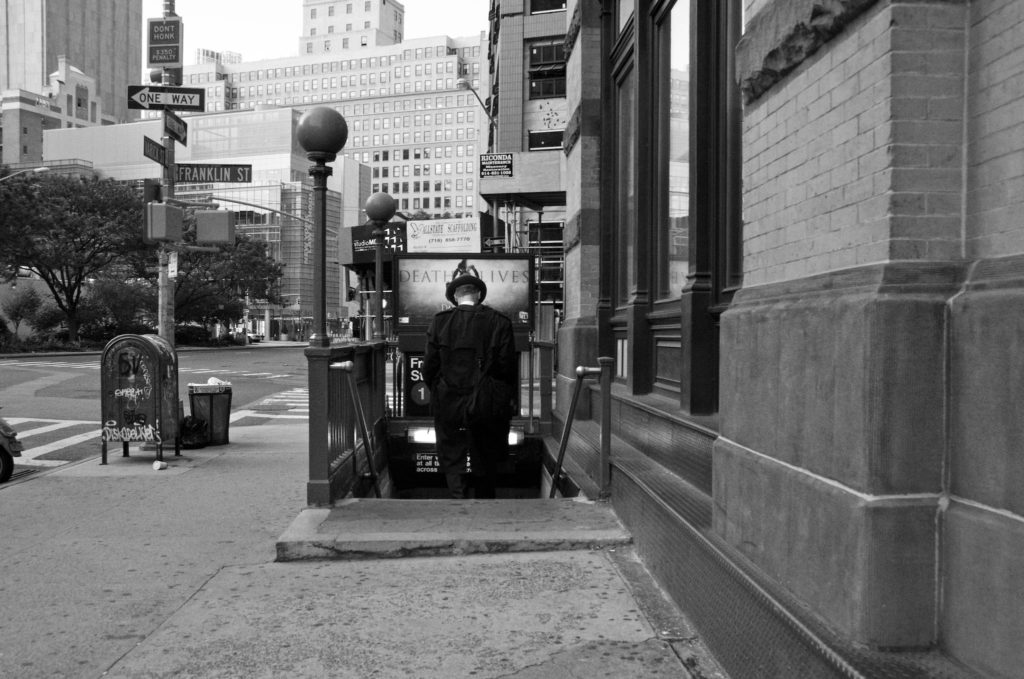 In a compacted 31 week season, NYCFC did not touch First Place until Week 27 after playing 28 games. But, when measured on even games played, NYC first tied for First Place after 16 games. They dropped to Fourth after losing the next 2 games, but were back tied after 19 games again. From Game 20 on they held First Place alone for all but 2 weeks (twice briefly falling to second to Philadelphia), and took First Place for good after 24 games played. 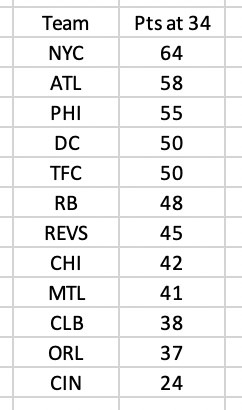 In My End Is My Beginning

On May 25,2015  a series of posts on the NYCFC forums starting here, I began adding up how hard it would be to get the points necessary to make the playoffs. The day before, I responded to sa series of optimistic posts with the above terse statement that has animated my view all along: no matter how hard you believe (or don’t), if you look honestly at the numbers they won’t lie to you.  On July 19, I started a new thread with a series of posts whose theme was what needed to be done and hot it could happen, however unlikely. That effort was the beginning of this column.

It’s been fun, and it’s been a lot of work, and after 5 years I think I’m calling an end to creating it weekly.

It feels like there is  a nice symmetry to things. In 2015 I mostly seemed to be countering irrational exuberance, and in 2019, at least occasionally, I had to convince people that this team really was good and would finish well. It helped that the last 14 games of the season played exactly as I anticipated. As July turned to August, I started stating that the team could very well lose 2 of the next 3 (Away to RSL and Atlanta and hosting Houston in between), then dominate the next 7, and face a tough final 4 games of which the Atlanta game would be key. This did not take amazing foresight or brilliant analysis: I was just looking at the schedule.  But as it happened they did lose in RSL and Atlanta, won 19 points of the next 21, and then all but clinched by beating Atlanta. That’s a good way to go out.

For balance, probably my wrongest take ever was predicting NYCFC would not make the playoffs on May 29, 2016 after a a dispiriting Home draw against Orlando. An even more dismal Home loss to RSL a few days later produced even more pessimism, though I can’t find the specific post at the moment.

I’m not going to stop keeping track of the same stats and graphs, and I will occasionally write them up when I am inclined or inspired to do so, but I think I am done with the regular grind of creating weekly NYCFC content.

What we call the beginning is often the end
And to make an end is to make a beginning.
The end is where we start from.