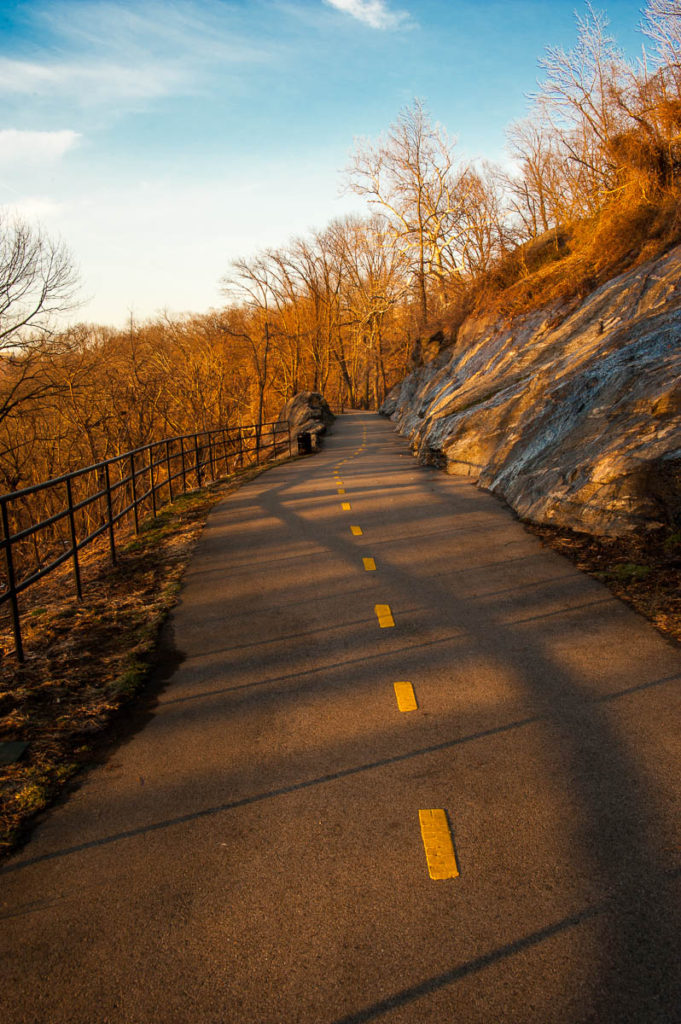 On Monday April 15, after playing 6 games, NYCFC had 5 points and no wins. Five Thirty Eight gave them a 4% chance of coming in first, and a 54% chance of making the playoffs. The team got better quickly, and for the past few weeks the biggest obstacle to them sitting in first has been a low number of games played.  Comparing all East teams based on points through the same number of games played, as we have been doing here for several weeks, NYCFC has had more points at each point for 9 out of 13 games since Game 16, including the last 5 in a row. But it was just this week when NYCFC ever held or shared first place in the East, in Week 27 and after 28 games played.

Now NYCFC has clinched a playoff spot, and 538 says they have a 66% chance of finishing first. With 6 games remaining nothing is guaranteed, and the game against Atlanta could decide the issue, but this has been quite a turn around already. 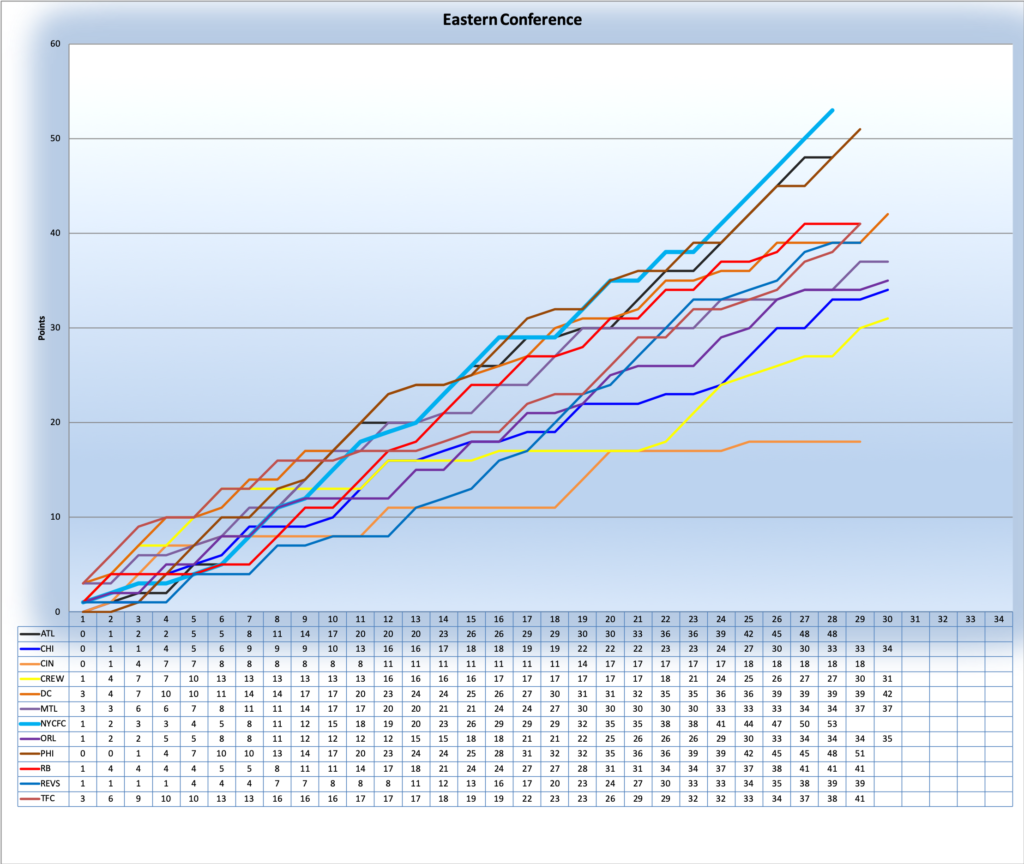 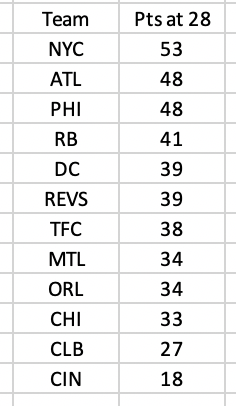 In 5 of NYCFC’s last 10 wins (PHI, COL, CIN, RB, and NE), the opponent scored first. In another (Houston), NYCFC trailed 2-1.  I’m not sure this is a positive overall. It did not happen once in the first 5 wins, largely because of a lot more clean sheets, though of course it is good to know the team can come back from negative game states. On the flip side, NYCFC led in 2 of its 5 losses (RB and RSL).

The rolling 5-game PPG has hit the maximum of 3 for the first time.

The 10-game rolling PPG has hit 2.4 for just the second time. The first was 16 games into this season. 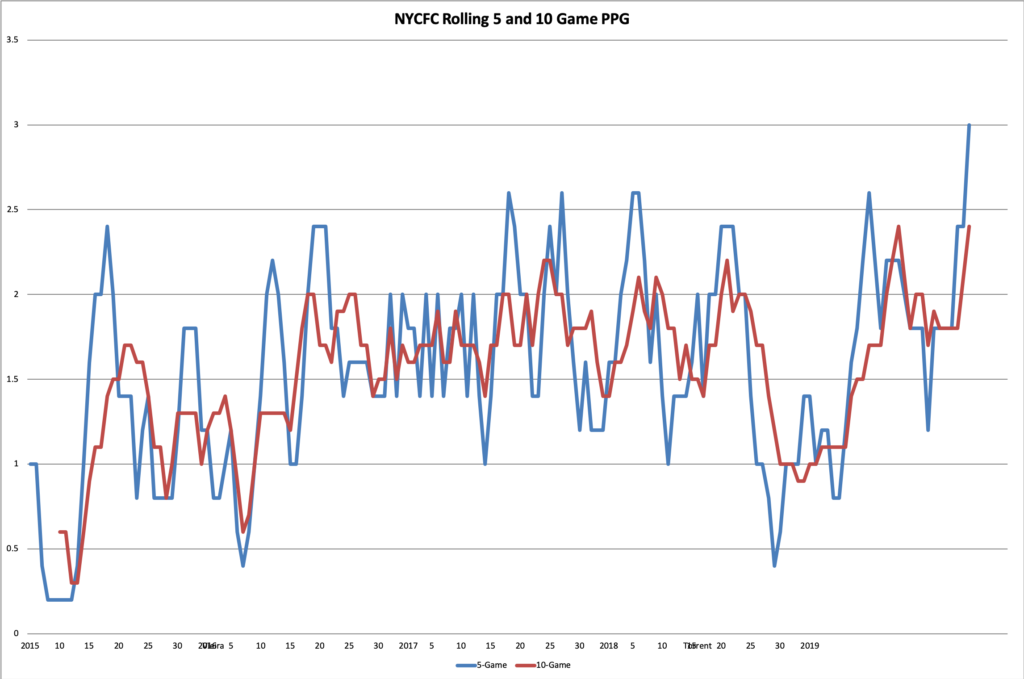 We’re hitting the trail end of the season when the PPG standings mean less, but here it is.

At the same time, this table is everything now:

The magic number for New England and DC is 2. For Red Bulls and Toronto it is 4. All could happen this coming week with 2 win and/or those teams dropping  points, and would guarantee finishing no lower then third.  Philadelphia and Atlanta are both at 14 so still a ways off.  Looking West, NYC has clinched over Colorado, Houston and Vancouver, and at worst a draw on points with SKC.  The remaining numbers are Dallas 6, Galaxy 8, RSL, Portland and Seattle 9, San Jose 10 and Minnesota 11.