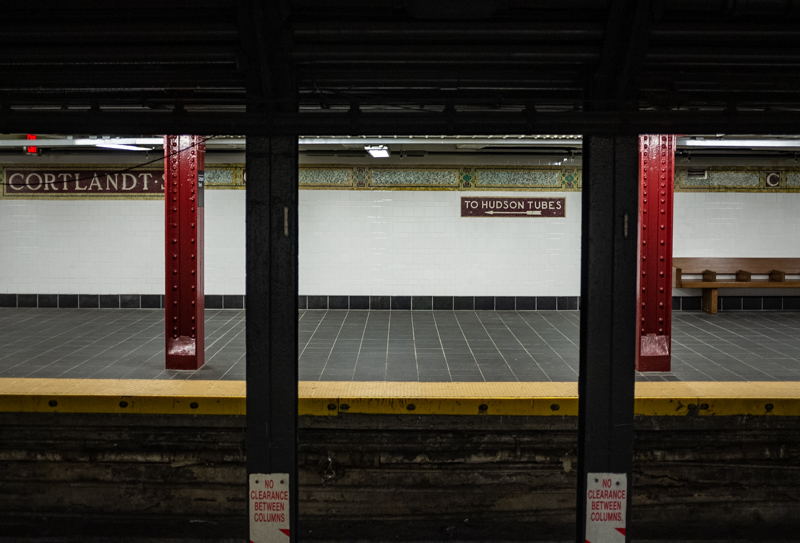 Corner-gate, throw-in-gate, call it what you want. It happened and the result is that NYCFC lost 3 games in 8 days (2 in league play).  Players were missing, the schedule was tough, there was fatigue. But you take the games as they come.  Before NYCFC lost to Portland while missing half the starting lineup, NYCFC beat Seattle in a similar state.

Here is where things stand. 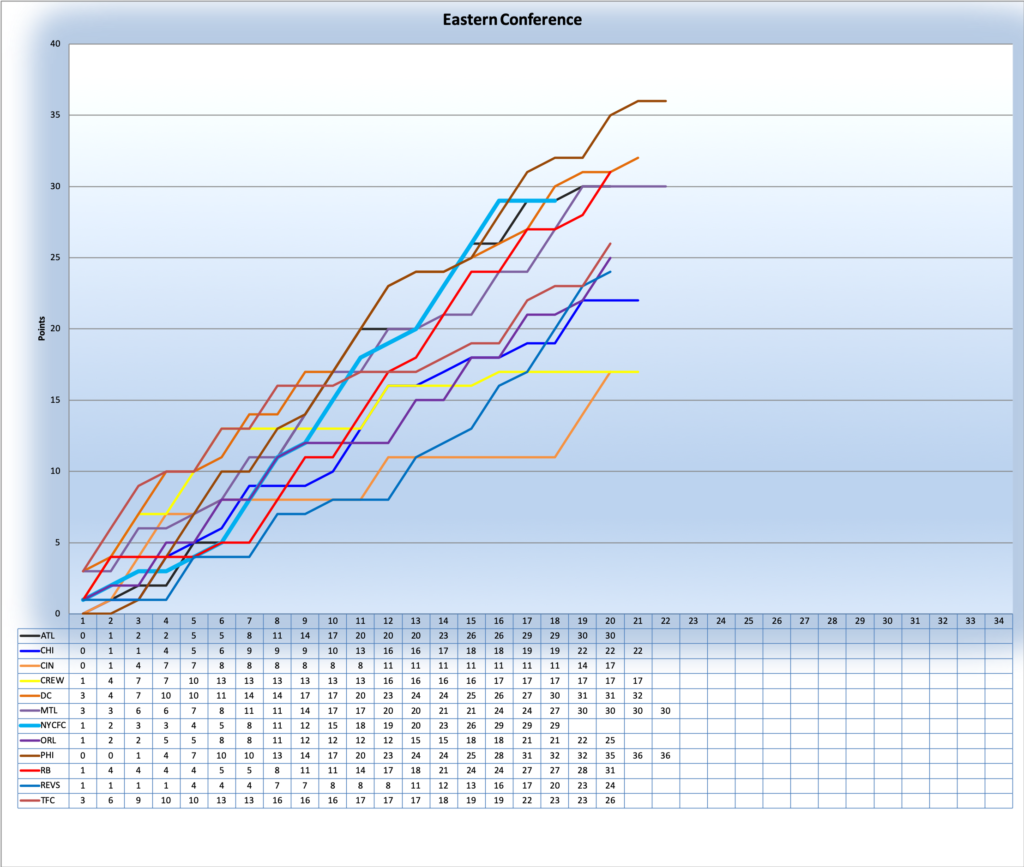 Here is how things stood on that mythical day when every East team played exactly 18 games: 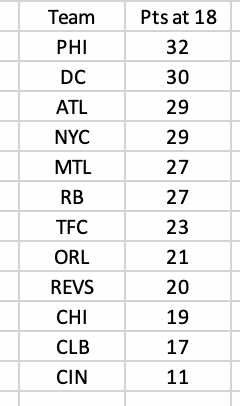 With 2 straight losses, NYC drops into a tie for third, three full points behind Philadelphia. The good news is that looking ahead/behind Philly earned/will get just 4 points in the next 4 games, DC got/will get 2 in the next 3, and Atlanta 1 in the next 2 that happened/will happen.  Re Philly, it is worth pointing out that they just finished (in actual real time) a tough 5-game stretch with only 1 home game, earning just 5 points out of 15. This brought their H/A split to even after 22 games. Looking forward their schedule is kind of average, but one should not expect their current slump to continue as bad as it has been.

NYCFC’s future schedule is, on average easier, but splits into 3 phases. First, the Pigeons face 2 Away games against teams earning 2.0 PPG at home or better in the next 5 games for an average opponents H/A PPG of 1.42. Then comes a 7 game stretch of which 5 are at home, with a opposing PPG of 0.98. Then the finish sees 3 of the final 4 Away, with 2 hosts getting 1.9 PPG or better, and an average of 1.55.  That middle stretch roughly coincides with NYC’s second half slumps in 2017 and 2018, so they are set up to avoid repeating that in 2019.

More immediately, by PPG, Colorado is one of the team’s 3 easiest remaining Away games.

Additional future info in the “how do we get where” table. 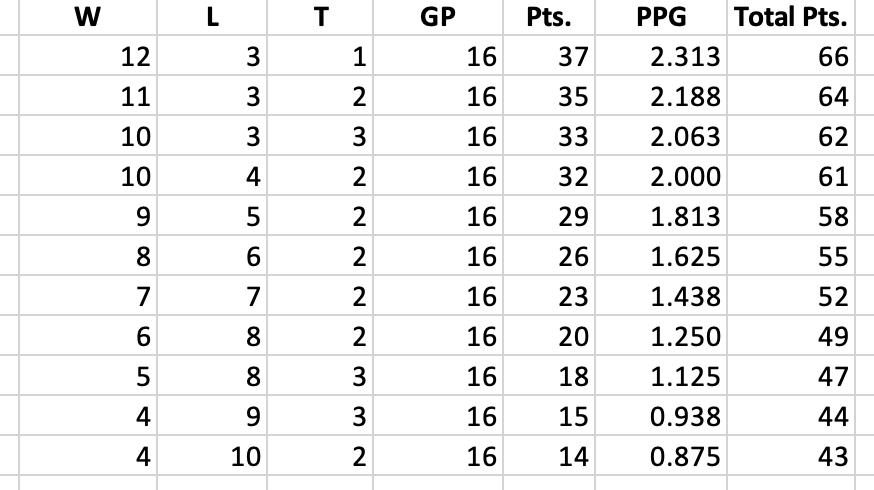 Finally, Zeppelin took the post title but Katy Perry gets the last word on Alan Kelly: