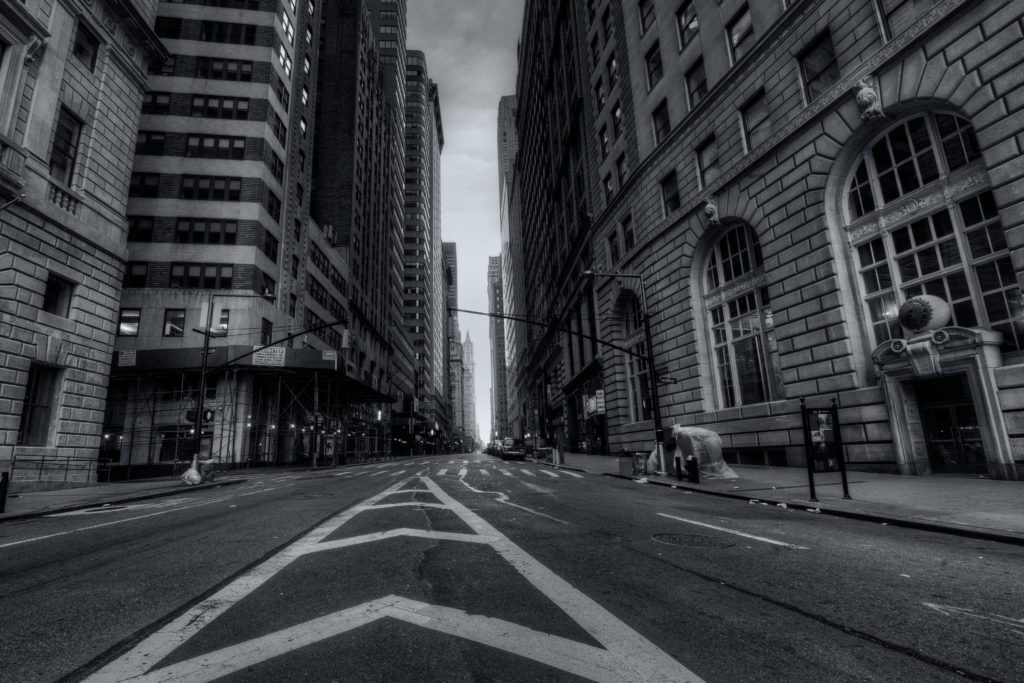 Where did everybody go?

Portland has played 3 games at Yankee Stadium. Portland has won all 3.  They won all 3 games by a score of 1-0. But there is something else those games have in common.

It is a wonder that NYCFC controlled play for most of the game and almost got a result.  It was a shame to end the unbeaten streak with a loss under such circumstances, with more than half of a starting 11 unavailable, including almost the entire front line, and the remaining players reeling in the middle of a 5-games-in-16-days- stretch, but that is how things go.

It should surprise nobody that the 12 game unbeaten streak was the longest in club history. The previous best straddled the last game of 2017 and the first 7 of 2018 for 8 games unbeaten.The longest single season streak was the same first games of 2018.

Brad Stuver just played 6 games in the USOC and league play, most of them without Callens, Sands and Matarrita in the back on defense, and gave up 6 goals. I might have gladly taken 7 or even 8 in advance.

Losses with half your lineup missing still count, and the home loss to Portland put just a bit of a kink into what had been NYCFC’s steady ascent up the tables the last 2 months. Fortunately, just about everyone at the top of the PPG table in the East also dropped points this week.

Philadelphia has retaken the lead on the make-believe table where we compare every team at the number of games NYCFC has played to date: 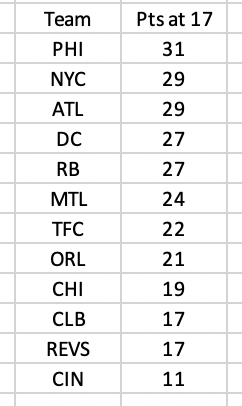 The good news is the Union (and others) did not grab all the points beyond Game 17 so NYCFC has room to recover and surpass with its games in hand. 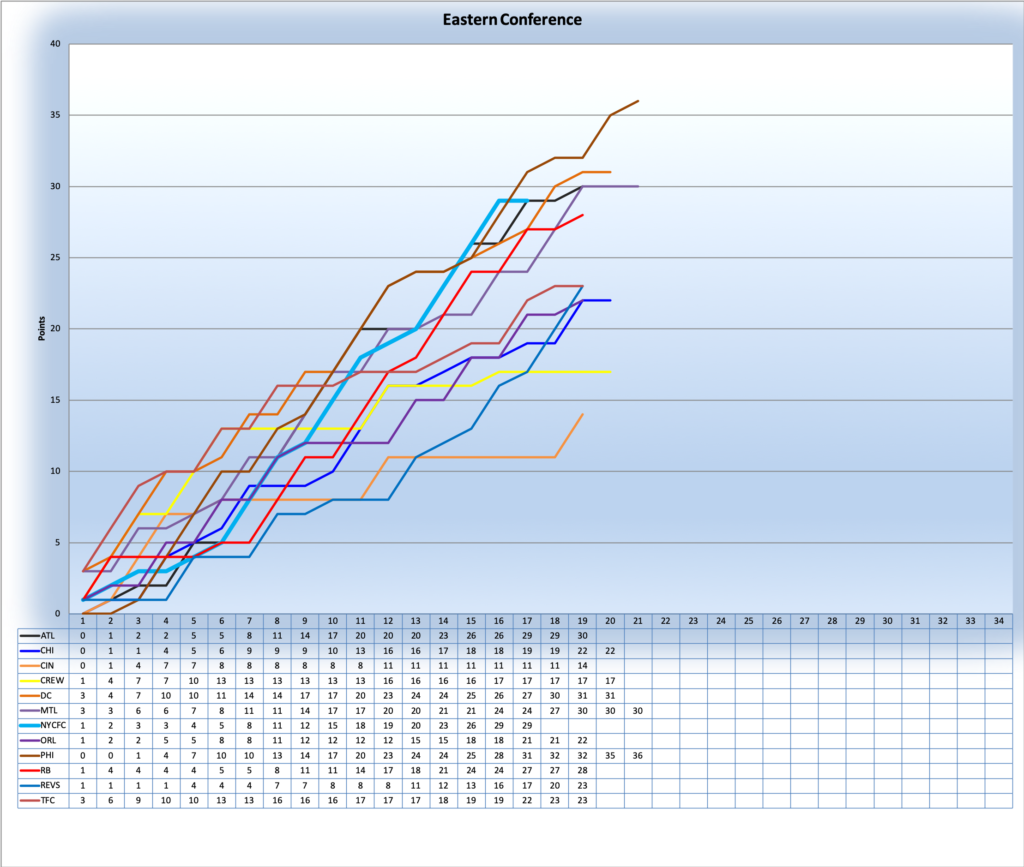 The “how to reach” table still looks pretty good: 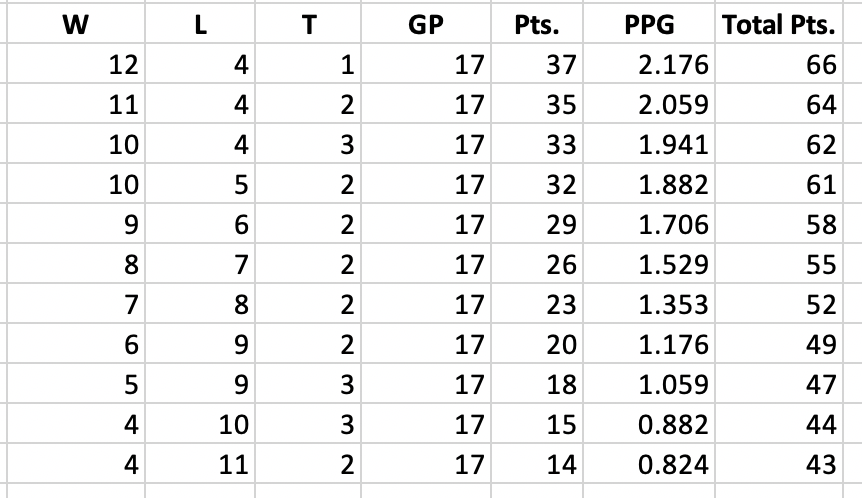 NYCFC is halfway through its season and I reassessed the comparables for the line charts, choosing to use all of 2016, 2017 and 2018.

The team is just behind the 2017 and 2018 version at the 17-game mark. If it can avoid the extended second half slump of those version it can certainly be the best NYCFC ever.

For more detail I counted how many games each of those teams has against an opponent with a H/A adjusted PPG of 1.80 or higher with the following results: RB 3, PHI 5, ATL 4, DC 5, TFC 2, NYCFC 5, MTL 2.  That shows NYC has as many or more somewhat arbitrarily tough games remaining as anyone,* despite an average toughness that looks quite easy.  As an example, the Red Bulls remaining opponents PPG is so high largely because they still have to play both LAFC (2.78 PPG at home) and Seattle (2.56 PPG at home).  But no matter how hard those games are the Red Bulls can at worst suffer 2 losses in them, and they only have 1 other game against a team at 1.80 or higher (Portland 2.0 Home). NYCFC has 5 such games, which is arguably tougher overall even though none of them should be as tough (RB 1.90, RSL 2.25, ATL 2.10, Dallas 2.0, PHI 1.91).

* I picked 1.80 because it generated what seemed to be the right number of results. 1.90 and 2.0 left everyone with hardly any difficult games and 1.70 or lower too many.