In 2017 NYCFC had terrible production from Spots 3, 4 and 5 in its team goal scoring ranking.  Spot Number Two didn’t shine either. Every one of those spots improved in 2018.  This was the best the team ever got from scorers ## 3 and 4 and #5 tied for its best. The “Rest of Team” category also had an all-time best year for NYCFC. All of this is why the team scored more goals than 2018 despite an 8-goal drop in production by Scorer #1. On the other hand, that drop is why the team did not set a club record for goals scored despite improvement team-wide except for the top guy.
I think it is fair to conclude that Reyna et al set out to improve the team’s scoring capability beyond Villa and succeeded, but I don’t think the plan was for Shradi (total salary $350k) to outscore Berget ($817k) and Medina ($771k) combined.  I’m also concerned that Shradi completely outperformed his Expected Goals by a huge amount and his Goals per Shots Taken was a similar off the chart outlier.  He could outperform all metrics at a similar level next year, but that seems very unlikely. I won’t be shocked if he matches  even exceeds his total numbers next year, but if so, it will probably be because he plays a lot more minutes (just 1547 in 2018, fewer than Villa even).  I can’t see his pace keeping up.
Also, Maxi had a career year. 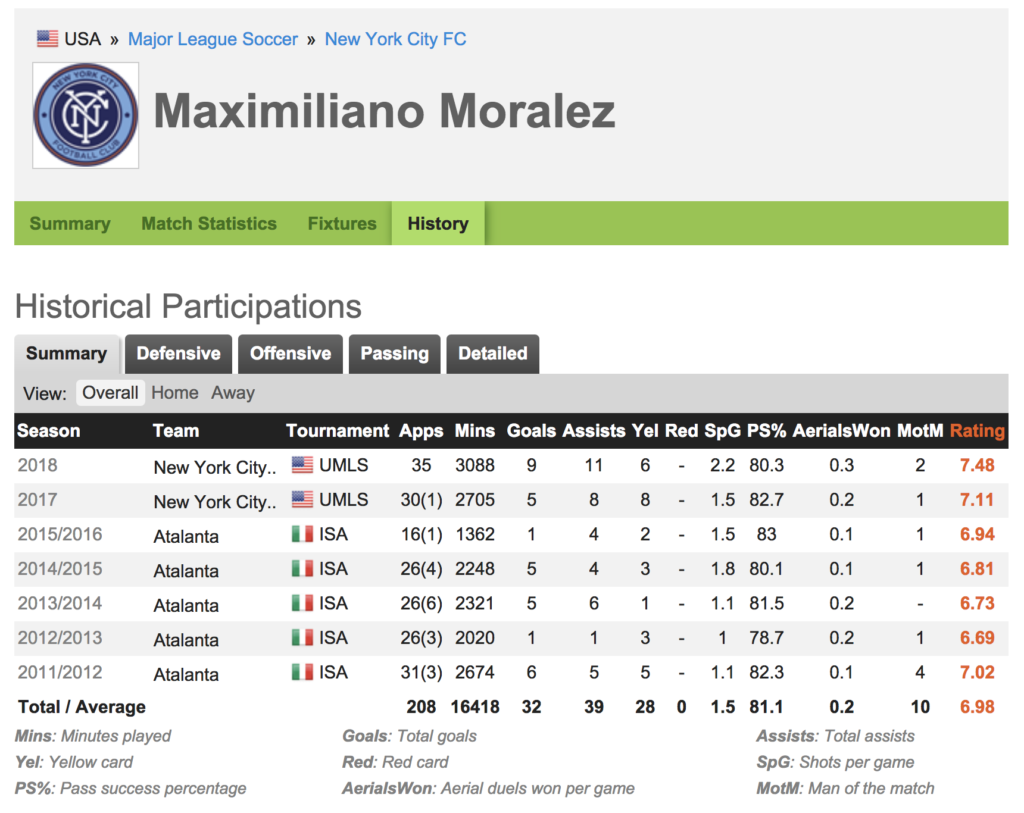 Both his goals and assists were twice his prior career average. Maybe that is who he is now, but again, I do not think we can count on it.
Which means, I think, the club has to get another stud to be the team’s best scorer (and/or Medina and Berget need to be upgraded or just be better) to compensate for what I expect to be decreased production in 2019 from ITS and Maxi.
Thing is, MLS teams don’t necessarily need to have a healthy Villa-level scorer to succeed. Here are all the playoff teams: 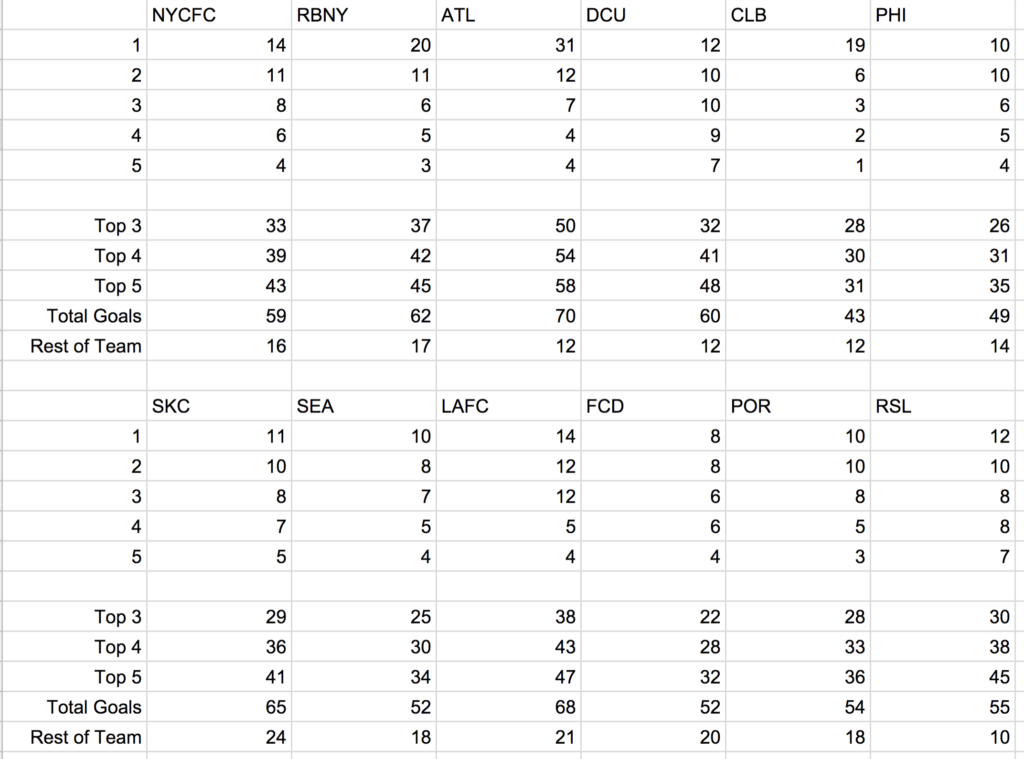 Some of these are misleading: DC and Seattle’s top scorers arrived midseason and led second half surges.  But SKC, LAFC and Dallas won more points this year than NYCFC without a better full-time scorer than an injury-limited Villa, and Portland just made it to MLS Cup without exceeding NYCFC at any of Spots 1 through 5.
Also, not our problem, but if I were in charge of SKC I would be concerned that the team might be unlikely to again get 24 goals from the Rest of Team category.  I don’t know this to be true but I expect it is something that doesn’t normally repeat year to year.
Obviously, this ignores defense, and assists, and thousands of other little things, but I do think these goal comparisons are useful.