Regular Season Wrap Up. Not trying to be comprehensive. First, the last charts. I dropped 2015.

I tend to divide the seasons into quarters, but a discussion I had elsewhere led me to see how this year is best divided into thirds. As 34 only divides by 2 and 17, the units consist of 12 games, then 11 and 11. Here is a simple table and chart showing how Goals For per game, Goals Against per game, and PPG went in each third of the season: 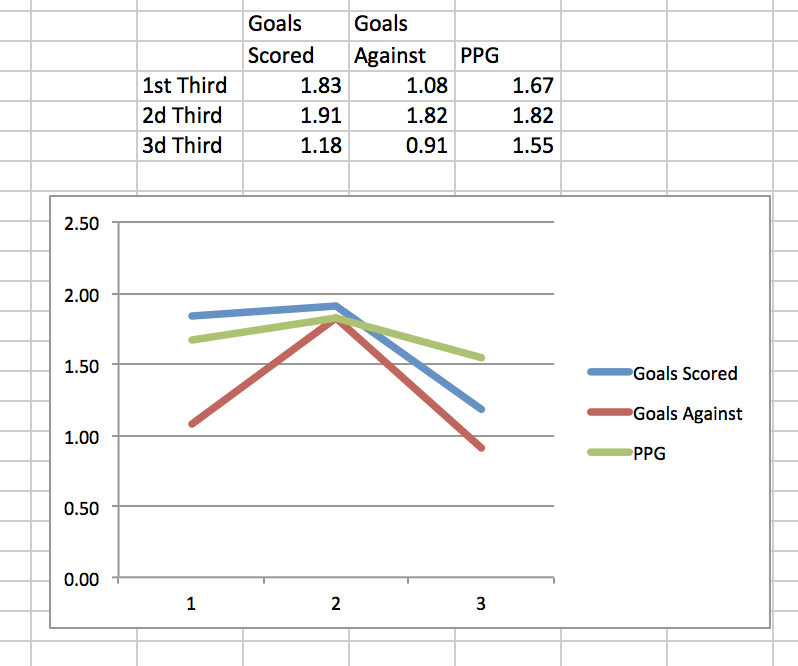 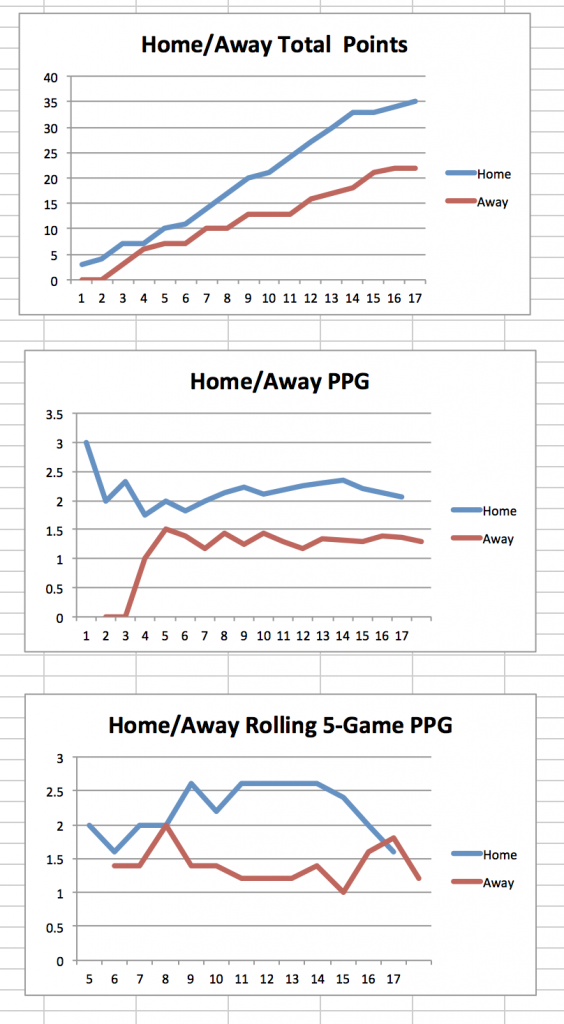