Note: This post was written last week and I neglected to publish it here so all data and observations are accurate (or should be) as of May 8.

One-quarter into the season, we have enough data to at east pretend we can draw conclusions and make predictions. NYCFC is off to its best start ever. 16 points in 9 games. Third place in the conference. Sixth place overall, and fifth place overall in Points Per Game. It is by far the team’s best first quarter, and leaves me wondering what the narrative thread of this site will be this year. In 2015 it was the unlikely and ultimately unsuccessful quest for the playoffs. Last year it started as a playoff quest: After 9 games last year, six of which were at home, the team had only 2 wins, and 10 points in this 9 games for 1.11 PPG. The playoffs were very much an uncertain destination. On June 2 the team had only 18 points after 15 games for a measly 1.2 PPG and a projected 41 points for the year. It was not until a 4-game winning streak that finished on July 6 that the playoffs became a likelihood, and the rest of the season was spent figuring out whether the team could attain the Supporters Shield, First place in the East, or a CCL berth. It failed in all three, but it went down to the last few games of the season before that became certain.

This year the playoffs seem highly likely, but it is also a bit early to tell where anyone stands for first place in the East or overall. Also, due to the CCL format changes, there is no CCL berth to be won during the regular season. So I’m not sure what to measure for in terms go achieving goals, but that won’t stop me going on anyway.

Let’s start with the basics of the East Conference PPG standings: 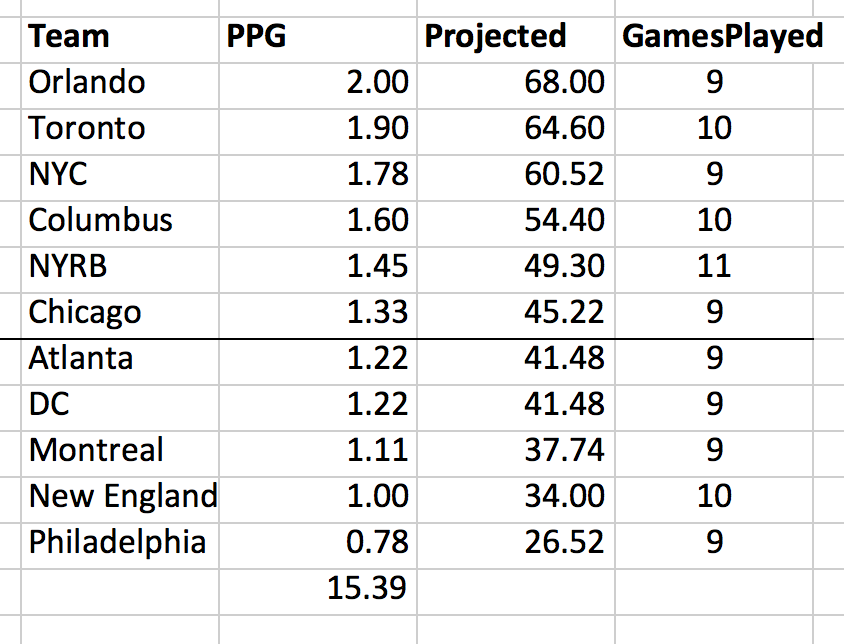 NYC is third here just as in the regular standings, with a projected 60-61 points. It’s a bit astonishing that this puts NYC only in third, but TFC and Orlando got off to very strong starts, and TFC at least figures to challenge for 1st place as well as the shield. Over in the West, by the way, Dalls has a 2.25 PPG that projects out to a cool 76.5 points at season’s end.

The East conference playoff line stands at 43-45 points, which seems close enough. I trust this more than I do the first place projections, because the latter is a product of one team as an outlier while the playoff line is a product of 11 teams combined. NYC will really have to falter if it is to cause any worry about making the playoffs. There are 25 games left and this is how various finishes play out. All lines are in standard MLS W-L-T format:

Now is the time for fun with charts. You might remember that 2016 looked better, but still very similar to 2015 for much of the season. Not this year. 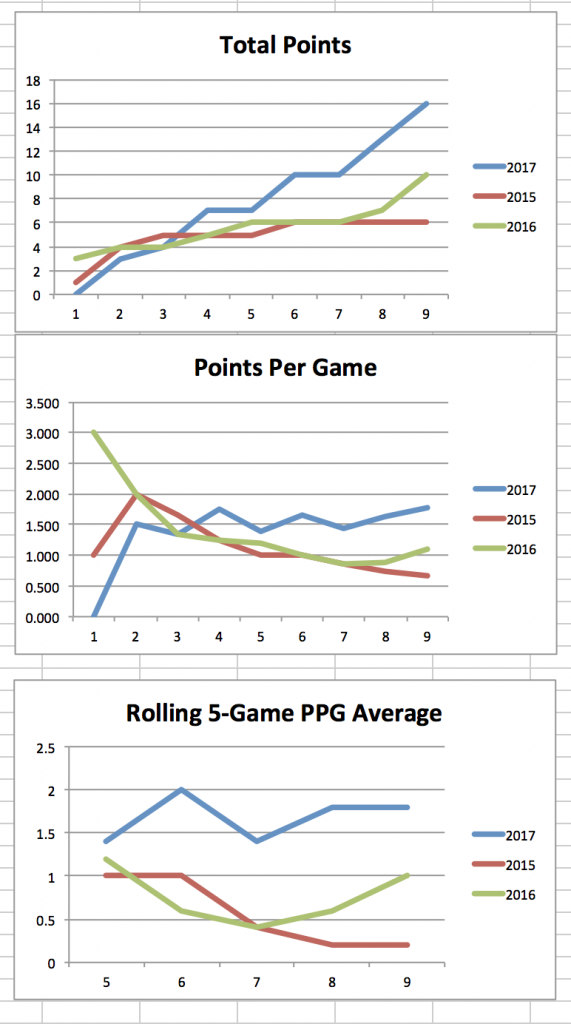 Here is a new one: 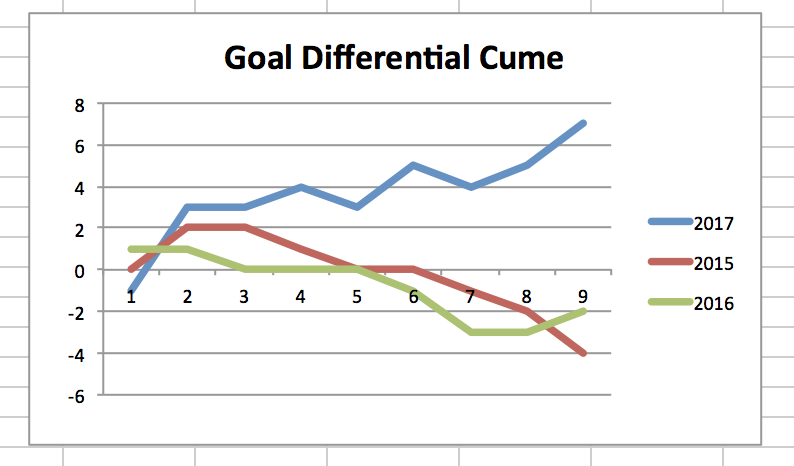 Finishing up with assorted points: