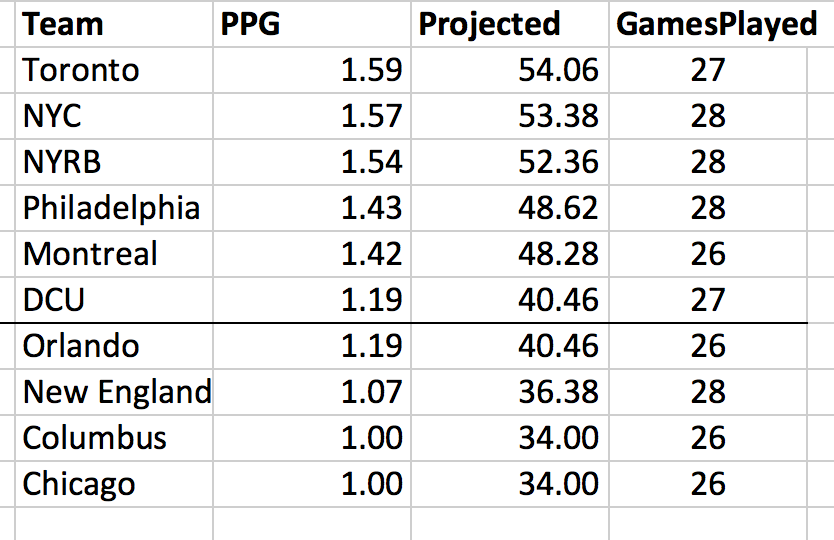 Effectively, the 60-point mark of excellence will require no more losses, as does even 58. A finish in the range of 55-57 seems most likely, but as noted, an unusual run of good or bad results pushes higher or lower.  It would be great if the team could return to its Away form of May through mid-July when it won 5 of 7 Away games. That run defines NYC’s success this year. It is the reason a playoff spot is all but guaranteed and a top 2 finish is in sight.

NYC sits in Fifth Place, barely ahead of the real-life 9th Place Chicago Fire. NYC’s record of only 1 win in its first 9 Home games kept them from running away with the conference.