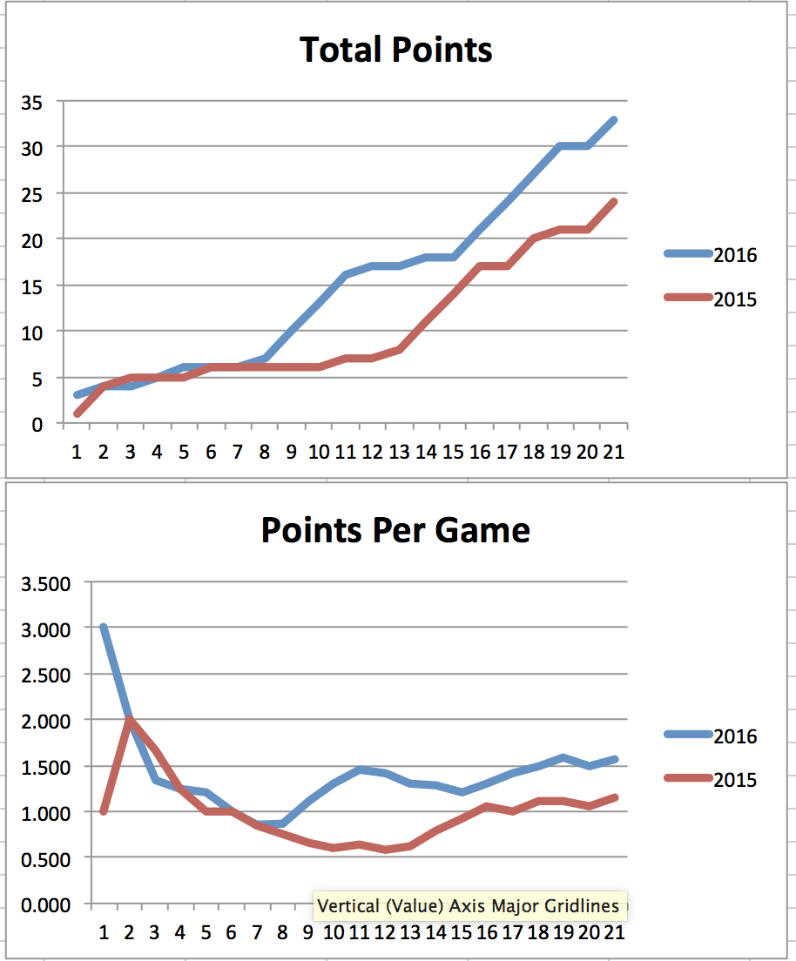 The interesting part to me about these graphs is how similar the lines are. We’re obviously doing better. You don’t need a graph to know that. But we started nearly identical through 8 games, then diverged for 5-6, then went on a somewhat parallel rise.
What we need to hope — and this seems likely — is for a second big divergence the rest of the way. The team got worse at the end of last season, earning only 13 points in the last 13 games (including only 4 points in the next 7 games), which was below the season average, which led to lots of discussions of whether the midseason replacements did the team any good. That’s an issue we don’t really have this year and it seems we’re in a nice period of stability.